Is that the flirt lady? President Obama With NBC producer Michele Tasoff during the interview

Mr Obama got close to NBC producer Michele Tasoff during the interview, 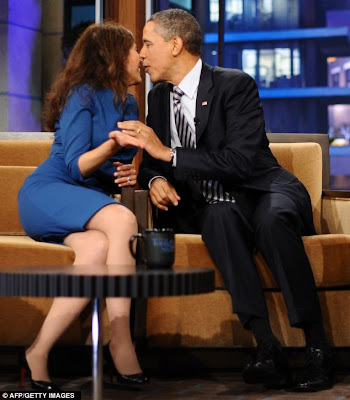 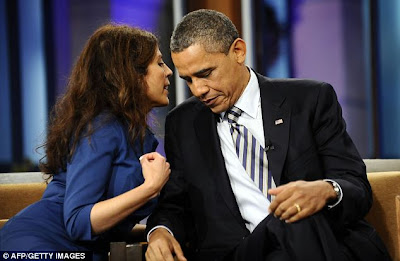 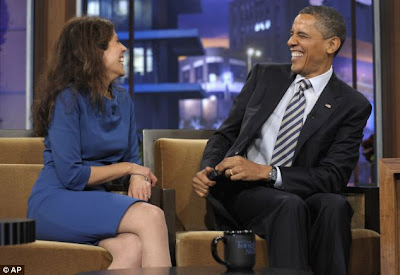 When meeting the President, most people would be a little nervous.

But one thing you couldn't accuse NBC producer Michele Tasoff of was holding back.

In between segments of the show, she laughed, joked and whispered in his ear before Mr Obama got onto the serious stuff and jokily side-stepped a question about the GOP presidential candidates.

Leno had tried to get the President to talk about the Republican race, but all Mr Obama offered was a gag referencing television's Survivor programme.

I'm going to wait until everybody is voted off the island,' Mr Obama said of the Republicans, provoking much laughter in the crowd at the studio in Burbank, California.

Once they narrow it down to one or two, I'll start paying attention,' he added, according to clips of the interview released by NBC.
Posted by joe levin at 7:59 AM