Mikveh for married women only 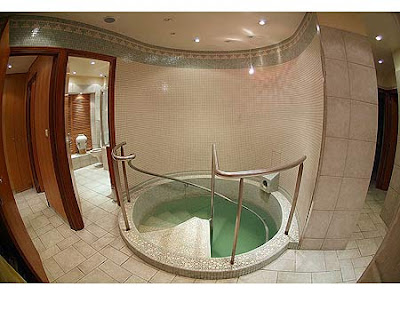 Mikveh for married women only? The Religious Action Center has appealed to Religious Services Minister Yakov Margi, demanding that he order Religious Council across the country to allow all women to immerse in a mikveh (ritual bath) – regardless of their marital status.

According to the Center, in many communities unmarried women have been banned from ritual baths to avoid giving them halachic authorization for sexual relations as single women – an act of discrimination constituting "a civil injustice and criminal offense."

The Center's representative, Attorney Orly Erez-Lahovsky, sent a letter to Minister Margi following an appeal she received from a divorced woman living in a small community in the Negev, who was not allowed to immerse in the ritual bath near her home after being required to present her identity card to the bath attendant and prove her marital status.

The mikveh is a public building operated by the Religious Council for all residents, and is not the bath attendant's private property," the letter said. "All women living in the area may use the mikveh, and therefore a woman cannot be banned entry due to her marital status."

According to the Religious Action Center, preventing a single woman from entering the mikveh violates the Prohibition of Discrimination in Products, Services, and Entry into Public Places Law.

In addition, the letter claims, imposing religious norms on women who find them unacceptable violates the freedom of religion and conscience and the right to human dignity.

Attorney Erez-Lahovsky notes in her appeal that in 2007, the then-head of the National Authority for Religious Services sent a letter to all Religious Council heads and secretaries ordering ritual bath attendants to allow all women immerse in the mikveh without any conditions, as long as they maintain the acceptable modesty rules and appropriate behavior.

The Ministry of Religious Services said in response, "Our office has received the appeal and will respond after look into it together with the relevant elements."
Posted by joe levin at 5:23 AM