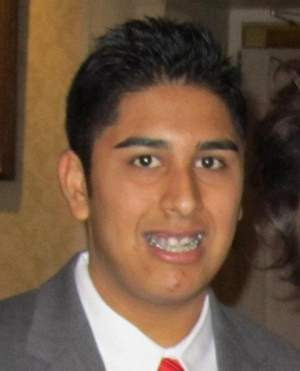 A missing 16-year-old Pomona boy has been found dead in the Hudson River in New York City.

The teen had been missing more than a week. He was last seen by his family Oct. 19 when his mother dropped him off at the family's Halley Drive home following the end of his classes at North Rockland High School.

Haverstraw police began an investigation into the case and, on Oct. 21, issued a description of Guzman to solicit the public's assistance in finding the missing teen.

On Wednesday, the New York Police Department Harbor Unit pulled a body matching that description from the Hudson River off 79th Street in Manhattan. The body had been spotted earlier that day by a U.S. Army Corps of Engineers crew working on the river, police said.

NYPD detectives reported their find to local authorities late Thursday. A family member identified the body as Guzman's on Friday.

Police said the body appeared to have been floating in the river about five or six days. NYPD detectives suspect Guzman may have jumped from the George Washington Bridge, but they had not confirmed that Friday night.

Haverstraw police would not discuss the circumstances of the death and said their investigation remains open.

"At this point, there doesn't appear to be any foul play involved," Haverstraw police Lt. Martin Lund said. "The investigation remains ongoing. We're not ruling anything out."

Lund said police did not immediately release the news of Guzman's death out of respect for the family but did so late Friday afternoon to keep the public abreast of the latest news regarding the investigation and to thank them for their assistance.

"We decided to let the media outlets know that he is no longer missing and that that aspect of the case is closed," Lund said. "The public was very helpful … unfortunately, this was not a favorable outcome."

Lund also thanked the public on behalf of the Guzman family, who was not available for comment.

Michael Gill, principal at North Rockland High School, where Guzman was an 11th-grade honor roll student, said school officials were devastated when learning of the news about 3:15 p.m. Friday, after the students had been let out for the weekend.

Speaking from North Rockland's Homecoming Dance on Friday evening, Gill said the rumors of Guzman's death had begun spreading through the student body and put a somber cap on the school event.

"It's very difficult for all of the students and staff," Gill said. "As much as we want to celebrate the things that go on at North Rockland ... it's a sad night."

Gill, who said police had not provided school officials with a cause for Guzman's death, said North Rockland will make an official announcement to students Monday morning.

School grief counselors, social workers and other staff trained in crisis management will be made available for those needing assistance, Gill said.

Though a brief celebration of Guzman's life is scheduled for Monday morning, Gill said the administration's focus will be on respecting the feelings of Guzman's family and close friends. Guzman's sister is a 10th-grader at North Rockland.

Larger memorials to Guzman can be planned later, the principal said.

"We want the morning to be more of a remembrance and a chance for us to collectively breathe," Gill said. "The students have so many webs of friends and connections, and we want to make sure everybody has a chance to be together."

Though the NYPD is investigating the death as a suicide, investigators said an official cause of Guzman's death won't be determined until early next week at the earliest.

NYPD detectives said no note was found with Guzman and they had no indication as to why he might have taken his own life.

Gill said the teenager was an excellent student who was involved in extracurricular activities and was well-liked.

"It was surprising to all of us when he went missing," Gill said. "There was nothing to indicate Jose was experiencing any emotional duress at school."
Posted by joe levin at 7:31 PM