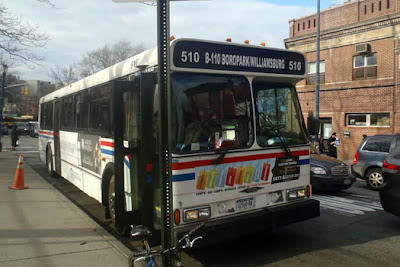 The Orthodox Jewish-run Brooklyn bus company that stuck women in the back seats is putting an end to the controversial practice after a reprimand from the city.

The Private Transportation Corp. — which runs the Williamsburg-to- Borough Park B110 bus — wrote a letter to the Department of Transportation promising to instruct drivers not to move women to the back.

Operators pay the city more than $20,000 a year to run the line as part of a 30-year-old franchising agreement, which specifically forbids discrimination.
Posted by joe levin at 7:34 PM