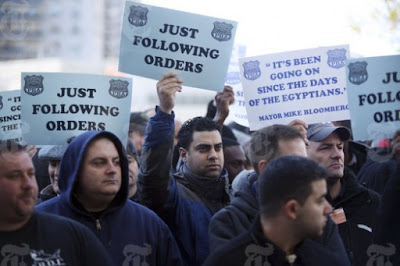 Their silence is deafening.

The district attorneys in Manhattan, Brooklyn, Queens and Staten Island are turning a blind eye to potential ticket-fixing scandals in their own back yards -- despite referrals from the Bronx DA and NYPD admissions that the practice was citywide, sources told The Post.

The Internal Affairs Bureau has questioned cops about ticket-fixing in all five boroughs, the sources said, but prosecutors either deny ever getting tipped off about any cases or simply dismissed those leads.

“No one else wanted to touch it,” a Bronx law-enforcement source said.

After 16 cops were indicted on a slew of felony charges related to the Bronx ticket-fixing probe, NYPD Commissioner Ray Kelly admitted that the practice “did spill into all four other counties in the city.”

But none of the DAs showed much interest.

* In Queens, a source said prosecutors haven’t had any referrals and that the DA’s Office is not looking into ticket-fixing.

* On Staten Island, sources said the DA’s Office has no ongoing ticket-fix probe -- nor any plans to launch one.

* And in Brooklyn, sources insisted any cases referred there were looked into but not worth prosecuting.

“Lots of cops serve as key prosecution witnesses, so prosecutors don’t want this probe to put all their criminal cases in jeopardy,” a Democratic insider told The Post.

“But they can’t make it look like they are condoning criminal behavior. They have to walk a very fine line, and it won’t be easy.”

No prosecutor is eager for the high-profile anxiety associated with such a probe, a law-enforcement source added.

“Ticket-fixing goes to the highest ranks of the NYPD,” said the source. “Potential embarrassment stopped other DAs from doing this.”

Another source noted that “the names of people whose tickets have disappeared would be a veritable Rolodex of New York’s rich and famous. You would basically have a who’s who.”

The elected DAs also have to worry about the political fallout of declaring war on the NYPD in cop-friendly boroughs.

“They don’t want to shoot themselves in the foot,” said a law-enforcement source. “[Bronx DA] Johnson shot himself in the foot. His already-abysmal conviction rate will get even lower.”

Some of the Bronx cases extended far beyond quashing summonses, and included serious felonies such as burglaries and corruption.

In one jaw-dropping case, Bronx cops were caught on wiretap discussing how to protect a Manhattan cop buddy from a DWI charge after he drunkenly left a path of destruction while driving down a Westchester street.

“I can’t say if the investigation will go off in other directions,” Johnson said after the Friday arraignments. “I can only say that whenever we get evidence in another county, it is turned over to that county.’’

Prosecutors also fear the investigation will create credibility issues for ticket-fix officers who testify in trials and before grand juries.

It could also lead to a raft of appeals.

“A big ripple effect is the trust factor -- the value of cops’ testimony in grand juries and trial juries,” said a Staten Island source.

The Manhattan and Staten Island DA offices declined to comment. A spokesman for the Brooklyn DA said that office has had no cases related to ticket fixing. There was no immediate comment from Queens.
Posted by joe levin at 2:10 PM