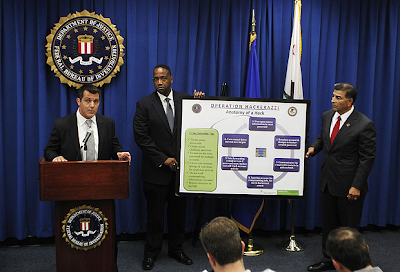 A man accused of hacking into the the computers of celebrities Mila Kunis, Christina Aguilera and Scarlett Johansson may have stalked a woman for 12 years.

Authorities say he did it the hard way. Mining details of the stars’ personal lives in celebrity magazines and websites as well as Twitter and Facebook posts, Chaney looked for potential passwords that would give him access to their accounts, the FBI said.

But new court records obtained by the Associated Press say that Chaney had been chatting online with a Connecticut woman since she was 13 years old.


FBI officials allege Chaney used some of the same tactics when he hacked into the computers of celebrities. He was charged earlier this month.

"The case brings us to a new word in expanding lexicon of cyber-crime — 'hackerrazzi,' " Steven Martinez, assistant director in charge of the FBI's Los Angeles field office said at a press conference announcing the charges.