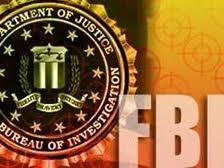 HIGHLAND PARK — A Highland Park woman is among 30 people charged in connection with a Holocaust reparations scam that allegedly defrauded programs that aid survivors of Nazi persecution out of more than $57 million.

Anna Zinger, 65, of the 600 block of Walnut Street, allegedly submitted altered applications to obtain money intended for Holocaust survivors in a nine-year conspiracy that began in 2000.

The Oct. 4 complaint, just unsealed by the U.S. Attorney’s Office in the Southern District of New York, states that Zinger “obtained copies of identification documents that were used to prepare fraudulent applications, submitted in Manhattan, to obtain funds intended for Holocaust survivors.”

In government documents, Zinger was described as a lawyer and recruiter from the Chicago area, who prepared and sent about 20 reparation applications through the Conference on Jewish Material Claims Against Germany Inc.

A Claims Conference caseworker in New York, who has since pleaded guilty in exchange for leniency, is now providing information to the prosecution, according to the complaint.

The caseworker reported 16 phone conversations with Zinger in preparation of claims that have been determined to be fraudulent.

In at least one case, a false reparations recipient paid Zinger $4,000 for her services, the government charges.

For her alleged role, Zinger, who also went by Anya or Anna Zack, could face up to 20 years in prison and a fine up to $250,000 for conspiracy to commit mail fraud.

Zinger appeared in court Oct. 21 in New York where she was released on a $50,000 personal recognizance bond.

Zinger also must surrender her passport and she may not apply for any new travel documents. Moreover, Pitman ordered her to limit her travels to the Southern and Eastern districts of New York, the Northern District of Illinois and intervening districts “as necessary for travel,” according to court records.

Zinger said Friday she worked to help Holocaust survivors obtain deserved reparations, and did not act fraudulently. She referred additional questions to her attorney, Sheldon Sorosky, who was not immediately available for comment.

The FBI began investigating the alleged scheme in December 2009, when the nonprofit Conference on Jewish Material Claims Against Germany Inc.

reported its Hardship and Article 2 funds were victimized by fraud. The organization was created to provide justice and reparations to people who were persecuted by Nazi rule.

The Hardship Fund provides a one-time $3,500 payment to Jewish survivors who were forced to leave their homes and become refugees after fleeing the Nazis.

The Article 2 Fund was created to support those who were forced into hiding or imprisoned in labor or concentration camps for at least 18 months. Those survivors were eligible to receive $400 monthly payments.

The German government funds the program, but the payments are distributed by the New York-based Conference on Jewish Material Claims Against Germany.

Those charged in the case, predominantly residents of Brooklyn, N.Y., allegedly submitted the fraudulent claims in exchange for a percentage of the payouts.

“Many of the recipients of fraudulent funds were born after World War II, and at least one person was not even Jewish,” according to a Department of Justice.

“Some conspirators recruited other individuals to provide identification documents, such as passports and birth certificates, which were then fraudulently altered and submitted to corrupt insiders at the Claims Conference, who then processed those applications. When the applicants received their compensation checks, they kept a portion of the money and passed the rest back up the chain.”
Posted by joe levin at 3:52 AM