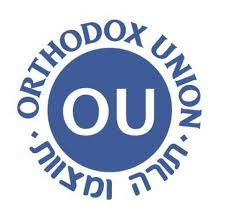 SAN FRANCISCO - A youth group adviser from California has brought a class action suit against her employer, the Orthodox Union.

Devorah Lunger, a National Conference of Synagogue Youth chapter adviser, filed her suit in the United States District Court for the Southern District of New York on Oct. 25 seeking restitution for unpaid overtime, rest breaks and lunch breaks, as well as for the O.U.’s failure to provide proper itemized wage statements.

The plaintiff, who has been an NCSY advisor in the San Fernando Valley since 2002, claims that she regularly worked between 50 and 70 hours per week, but was paid only for a 40-hour workweek.

Her complaint states that in addition to her “nine-to-five” duties of teaching classes, meeting with students and co-workers, cooking for holiday meals and running programs, she also had students at her house on Friday nights, Saturdays and Sundays.

She had to make herself constantly available to students and their parents by phone and email, and she worked around the clock while chaperoning Shabbatons and trips.

“In terms of the legal merits, it is a straightforward Fair Labor Act case, a failure to pay overtime,” Lunger’s attorney, Arnold Pedowitz, said. “But this is a case involving a very religious organization. They should be operating at the highest standards, and our client is upset that they are not.”

Rabbi Steven Burg, NCSY’s international director, did not respond to a request for comment.
Posted by joe levin at 4:03 AM