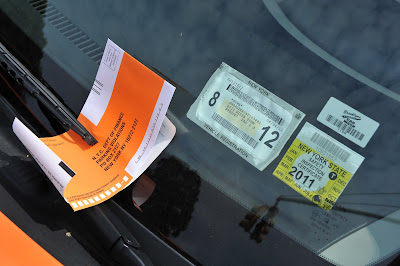 About 20 cops and civilians are expected to face charges tomorrow stemming from the wide-spread investigation into NYPD ticket fixing, court sources said.

Those involved in the case could begin to turn themselves in as early as tonight.

The indictments have been expected for some time.

Criminal charges against the officers -- including union delegates, sergeants and possibly other high-ranking police officials -- may include obstruction, official misconduct and bribery related to lining their pockets with proceeds from drug sales.

The potential indictments are the culmination of an exhaustive three-year investigation that began with Internal Affairs Bureau cops looking into 40th Precinct Officer José Ramos and his alleged ties to drug dealers, sources have said.

Investigators caught Ramos on a wiretap talking about fixing a ticket, leading to a mushrooming probe that uncovered allegedly shady police practices.

The IAB bugged union officials, who were caught discussing fixing tickets for friends and family members.

The officers allegedly took cash, liquor and other gifts, including tickets to sporting events and, possibly, meals at expensive restaurants.

In one case, a Yankee executive saw his ticket suddenly vanish
Posted by joe levin at 5:19 PM