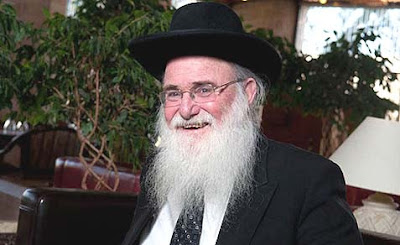 Police on Wednesday finished a probe of Avraham Chaim Sherman, a judge on the Great Rabbinical Court of Jerusalem.

Officers from the National Fraud Investigative Unit suspect Sherman of breach of trust, obstruction of justice and abuse of power in his ruling in a divorce proceeding.

Police handed over the case to state prosecutors on Wednesday, who will decide whether to pursue an indictment.

The Lahav 433 – National Crime Unit said that following a complaint in 2010, Sherman was questioned under caution and that over the course of the probe, police determined that he “made the decision to release from jail a man who refused to give his wife a divorce after he [Sherman] was exposed to outside pressure that influenced his decision in the case, which was decided without following the usual rabbinical court procedure.”

A source from LAHAV 433 said that police do not believe the pressure was in the form of a threat or through bribery. Rather, some sort of emotional or personal pressure was put on the judge to release the husband from jail. Furthermore, the source said that the investigation only deals with a specific case, and that police do not suspect that Sherman committed such wrongdoing in any other case.
Rabbi