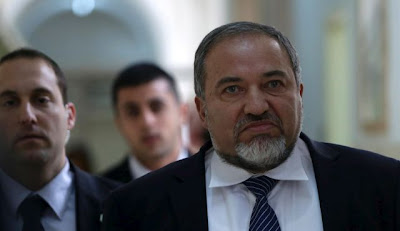 Two close associates of former Foreign Minister, Avigdor Leiberman, and senior officials in the ministry were recently involved in a secret investigation by the police over unsanctioned trips abroad.


The covert investigation is examining information that reached the police after Leiberman's resignation from the ministry due to an ongoing trial against him. Leiberman is accused of fraud and breach of trust in connection to the appointment of Ze'ev Ben Aryeh as ambassador to Latvia.

Leiberman's trial, which began two months ago at the Jerusalem Magistrate's Court, is scheduled to resume on Thursday, when the prosecutor's witnesses will take the stand. Leiberman himself is scheduled to testify in two weeks.

The prosecutor in the case, attorney Michal Sibal-Dalal from the economic department of the Prosecutor's Office, announced Tuesday that the findings of the new investigation have been transferred to Leiberman's attorneys. The new affair is not directly connected to the Ben Aryeh affair, but the police and Prosecutor's Office made a point of sharing the findings to the defense team in order to prevent future claims involving witnesses due to testify in the Ben Arye affair.

In December, 2012, after Leiberman resigned from the government and ministry and following the Attorney General's announcement of the indictment against him, information concerning irregular activity on behalf of Leiberman's associates in the ministry and abroad was passed to the investigators.

The ensuing investigation by the National Fraud Unit was carried out following approval by Attorney General Yehuda Weinstein and State Prosecutor Moshe Lador.

The unit began a covert investigation, collecting evidence from ministry computers and senior officials that were involved in approving trips abroad, often without checking their true aim, and in contrast to ministry procedures.


The basic details of the investigation emerged on Tuesday when the head of Lieberman's staff, Sharon Shalom - who is expected to return to his post soon and serve under Benjamin Netanyahu in his capacity as caretaker Foreign Minister - was called for questioning. Limor Shalal, one of Lieberman's advisers, was also called for questioning. Shalom was asked about trips to Paris and New York, while Shala was asked about a trip to Rome. Meanwhile, the Israeli ambassadors to Italy and Sweden were also interviewed for their versions of the events.


The information was also put forward to Danny Ayalon, the central witness in the case against Lieberman, who is due to testify next week as the last prosecution witness.

According to police and the Prosecutor's Office, it was imperative that the defense receive information concerning the affair the moment Ayalon became involved in the investigation, in order to prevent future claims - before the verdict or in the case of an appeal - that important evidence was being withheld. Ben Aryeh, who was convicted following a plea bargain, is due to testify on Thursday, as is the former general supervisor of the ministry, Victor Harel.

The former general director of the ministry, Yossi Gal, is due to testify next week, along with the ambassador to Thailand, Shimon Roded, and the general consul to Atlanta, Ofer Aviran (in a written affidavit).

Due to the resumption of the trial, the police and Prosecutor's Office have decided to complete the investigation of the current affair and issue their conclusions and recommendations in a later date.
Posted by joe levin at 8:42 PM