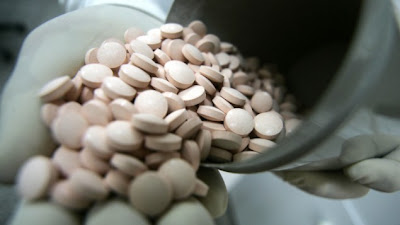 A rabbi from Afula was indicted Friday for providing a prison inmate convicted of murder with drugs.
According to the charge sheet, Rabbi Menachem Schweib, who ran a seminary at the Shita prison in northern Israel, gave a prisoner named Itamar Sha’altiel cigarette boxes containing an unknown drug, Channel 2 reported.

Schweib allegedly did so on at least three separate occasions. In return, he was reportedly provided with money and other goods. The Nazareth District Court accused him of taking bribes, fraud, breach of trust, and bringing illicit substances into the prison.

Schweib pleaded not guilty to the charges. His attorney told Channel 2 that the rabbi had wanted to “aid a prisoner in need” and had no knowledge of the contents of the packages he was transferring to the prisoner.

“He thought it was just cigarettes,” said the attorney.


Sha’altiel, 30, was convicted two years ago of shooting a man to whom he owed 40,000 shekels. He is currently serving a life sentence.
Posted by joe levin at 10:36 PM