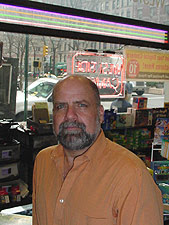 A last-minute decision by the BBC to drop a documentary that questions the extent of the Jewish exile after the Roman destruction of Jerusalem in 70 CE was a mixture of “incompetence,” “political naiveté” and “lack of courage,” the Israeli filmmaker behind the project has charged.


The film “Exile: A Myth Unearthed,” which theorizes that many modern-day Palestinians could be partially descended from Jews who never left the region, was due to be shown in modified form by the BBC last week, but was pulled from the schedule at the last moment. Director Ilan Ziv has denied that the film aims to delegitimize Israel by claiming that the accepted historical narrative of Jewish history is false.

According to publicity material for the film, it “looks at new evidence that suggests the majority of the Jewish people may not have been exiled following the fall of Jerusalem in 70 AD. Travelling from Galilee to Jerusalem and the catacombs of Rome, the film asks us to rethink our ideas about an event that has played a critical role in the Christian and Jewish traditions.”

In a lengthy blog post, Ziv wrote that he had been in discussions with the BBC since late last year about the project, after the network proposed airing an edited version of the documentary. According to Ziv, he discovered only recently that the BBC, in conjunction with the National Film Board of Canada (which co-sponsored the film), also intended to give the film a different title — “Jerusalem: an Archaeological Mystery Story” — and possibly remove his name entirely from the credits, in order to recast it as an adaptation.

Ziv said that he had been given a cut of the film only three days before the planned air date, but then the BBC officially pulled the project, saying that it “doesn’t fit editorially” and that it was “under review.”

He also alleged BBC sources had said a freelance editor hired to re-cut the film called it “propaganda.”


The episode was “a sad story,” Ziv said, noting that he believed BBC executives had been fully aware of the film’s potentially controversial nature when they acquired it, and hoped to “sneak it in” by changing its title. When they were “caught,” he alleged, they panicked and dropped the project completely instead of fighting for it.

“This is ultimately a sad saga of what I believe is a mixture of incompetence, political naiveté, conscious or subconscious political pressure and ultimately, I believe, a lack of courage of broadcasters when they are faced with the complexity of the Middle East issue and the intense emotions, fears and aggression it generates,” Ziv wrote.

He said that he would “show the film publicly throughout the UK and… challenge the BBC to either broadcast the film or relinquish its rights.”
Posted by joe levin at 2:43 PM