Mother of Boston bombing suspects arrested last year for 'stealing $1,600 worth of clothes from Lord & Taylor' 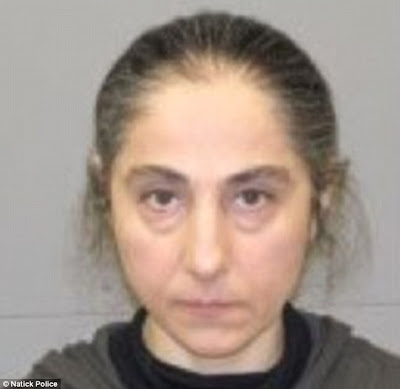 The mother of the two Chechnyan brothers suspected of setting off two bombs at the Boston Marathon was arrested last year for allegedly stealing $1,600 worth of clothes from an upscale department store.


Zubeidat K. Tsarnaeva, 45, was charged with two counts of malicious/wanton damage and defacement to property after allegedly swiping the merchandise from a Lord & Taylor in Natick, Mass. in June 2012.

She stole $1,624 in women's clothes, according to a Patch.com story.

Her sons allegedly left two bombs, packed with ball bearings and other materials, near the finish line of the Boston Marathon on Monday.