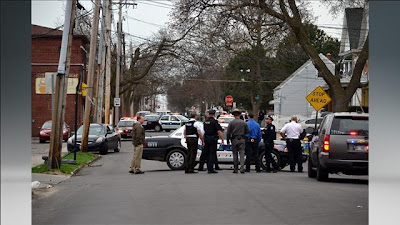 NIAGARA FALLS, NY-- A police source tells 2 On Your Side that New York State Police have pulled over a vehicle in Niagara Falls allegedly with two Russian nationals in the vehicle.


The car was pulled over at 19th and Elmwood in the Falls.

Bomb techs and a robot are being used to investigate four suspicious backpacks in the vehicle.

Another source tells us the vehicle has Massachusetts license plates.

The FBI tells 2 On Your Side they are aware of the situation and that their joint-terrorism task force is assisting the NYSP.

2 On Your Side has a crew on the scene and will have more information available.