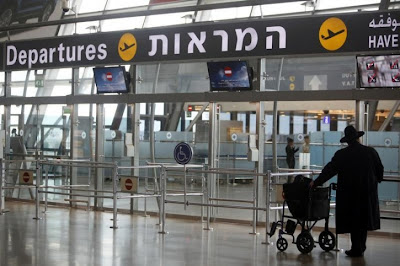 Tel Aviv - Thousands of travelers have been stranded in Israel during the second day of a strike by the nation’s three airlines.


Airline workers launched the strike on Sunday to protest the government’s approval of a new “open skies” aviation deal with the European Union. Proponents say the deal will lower air fares and boost tourism. Union workers say it will threaten their jobs because Israel’s small fleets and security costs make it hard to compete.

A spokeswoman for El Al, Israel’s national carrier, said some 15,000 people were stranded on Monday. Travelers that can’t get alternative flights would get refunds. She spoke on condition of anonymity under company policy.

The Histadrut labor union plans to halt all flights out of Ben-Gurion international airport on Tuesday in solidarity with the airlines.