Even drunk drivers have rights, The Supreme Court was correct in ruling that the 4th Amendment applies in DUI cases. 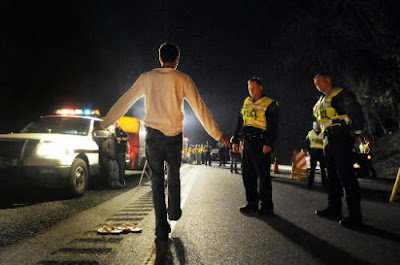 Drunk driving is a public menace, and the nation is better for efforts to crack down on it. But motorists arrested for driving under the influence, like other people accused of crimes, have constitutional rights that police must respect — including the right to be free from unreasonable searches and seizures.


The Supreme Court reaffirmed that principle last week when it refused to give police blanket authority to draw blood from suspected drunk drivers without first obtaining a search warrant based on probable cause. Police in California and elsewhere are now on notice that, except in truly exigent circumstances, a warrant is necessary.

In a 1966 ruling, the court had upheld the taking of blood evidence without a warrant because the police officer in that case might reasonably have believed that the evidence of intoxication would have dissipated by the time he could obtain one. In the case decided last week, the state of Missouri had asked the court to establish a flat rule that warrants are unnecessary because of the danger that blood evidence would degrade.

By an 8-1 vote, the justices refused to carve out such a broad exception. In the leading opinion, Justice Sonia Sotomayor said that the legality of warrantless blood drawings should be evaluated based on "the totality of the circumstances." In a concurring opinion, Chief Justice John G. Roberts Jr. proposed a more detailed test: A warrant is unnecessary when "there is a compelling need to prevent the imminent destruction of important evidence, and there is no time to obtain a warrant." The "totality of the circumstances" test may not be crystal clear, but the practical effect of this decision will be to encourage police to seek warrants and to press magistrates to be available to provide them in a timely and efficient way. Sotomayor noted that a majority of states already allow police and prosecutors to apply for warrants electronically or by radio or telephone.

The warrant requirement is a valuable safeguard even though most applications will be approved. As Justice Stephen G. Breyer pointed out during oral arguments in the case, the requirement that an officer seek permission from a magistrate to draw blood means that "you have a second judgment and the officer has to talk to somebody, so he's a little more careful."

On Friday, the California Highway Patrol said it would be suspending non-consensual testing in misdemeanor impaired-driving cases and would obtain search warrants in felony DUI cases "unless there is an existence of exigent circumstance beyond the mere dissipation of the suspect's blood alcohol content."

Motorists who fail a breath or blood test or refuse to undergo one lose their driver's licenses. But drunk driving also can lead to criminal penalties — serious ones in cases in which there are deaths or injuries. As in any criminal investigation, police searching for evidence of drunk driving must follow the 4th Amendment.