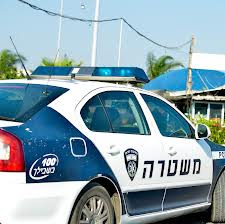 A young student from Jerusalem's Mercaz Harav Kook national-religious yeshiva was arrested Tuesday, a day after he and his friends attacked two police detectives speaking Arabic to each other.

Mercaz Harav Kook is the most prominent yeshiva in the religious Zionist movement. It trained the movement's leading rabbis as well as many yeshiva heads, city rabbis and teachers in religious colleges and high schools. The yeshiva sits in the heart of Jerusalem's Kiryat Moshe neighborhood, which has been the setting for a number of recent physical attacks by Jews on Arabs. The Jerusalem Police said the attacks do not appear to be coordinated.

After Monday's attack on the detectives, two of the assailants ran into the yeshiva, while the other two fled into the surrounding streets. The yeshiva's principal is being questioned to help ascertain the assailants' identities, and searches are being conducted to locate them. The arrested suspect refuses to talk with police or cooperate with the investigation.

Several nationalist-tinged assaults on Arabs have made the news lately. Last week, four anonymous assailants set fire to cars in the Arab village of Akbara, near the northern Israeli city of Safed. "Don’t touch our women. Price Tag," was spray painted on a nearby wall. Safed Police are looking into whether the arson attack was motivated by the arrest a week earlier of two youths from Safed for severely beating a youth from Akbara who had met with a Jewish teenage girl from the city.

Two months ago, Jewish women assaulted an Arab woman near the Kiryat Moshe neighborhood. An eyewitness said the attack occurred in broad daylight and in front of passersby while the Arab woman was waiting for the Jerusalem light rail at a stop at the edge of the neighborhood.
Posted by joe levin at 2:53 PM