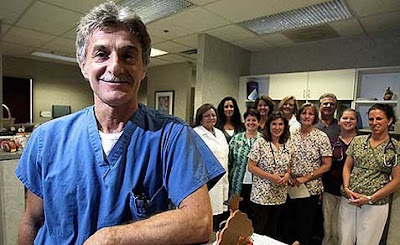 A prominent Central New York Jewish obstetrician is being investigated in his wife’s death, cnycentral.com reported.


Leslie London Neulander, of Fayetteville, NY, was found dead in a shower in the family home in Fayetteville in September of 2012. She was 61. The Onondaga County Medical Examiner ruled Neulander’s death an accident, but that has not stopped investigators from probing the case.

Speculation has centered on Neulander’s husband, Dr. Robert Neulander. Dr. Neulander is credited with delivering 10,000 babies during his career, and nowadays serves as chairman of the 2013 Annual Campaign for the Jewish Federation of Central New York, which is being conducted in memory of his wife.

Last week, police executed a search warrant in Hanover Square looking for evidence in connection to her death, and, later, investigators visited the couple’s former home on Shalimar Way in Dewitt.

The Neulanders have four children and were active in the Central New York Jewish Community. Leslie Neulander’s obituary includes a long list of charitable causes.

“This has been an open secret and the subject of irresponsible rumor for months. Dr. Neulander has not been arrested or charged with any offense. Apparently, the police have now decided that their investigation is best conducted by leaks to the media. I can confirm that a search warrant was executed at Dr. Neulander’s apartment yesterday and certain items were taken. One thing that the police did not find was their own tail, something they seem to have been chasing for 8 months. Leslie Neulander died as the result of a tragic accident and nothing will change that sad truth. Dr. Neulander is a wonderful person, as was his late wife Leslie, and these irresponsible rumors are further hurting his family who continue to grieve for their loss. His entire family stands behind him, and that includes Leslie Neulander’s sister and brother.”

The children of Dr. Robert Neulander issued a statement saying they, and their family, stand by and support him “undeniably and with unconditional love.”
Posted by joe levin at 2:33 PM