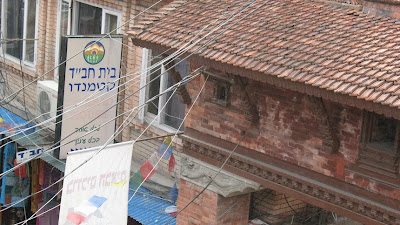 An Iranian national carrying a forged Israeli passport was arrested on April 13 by security personnel from the Israeli embassy in the Nepalese capital Katmandu, Channel 2 News reported on Monday.

According to the report, the man was spotted acting suspiciously outside the Israeli mission in the city. He was detained by Israeli security staff and found to be in possession of a counterfeit Israeli passport. Channel 2 reported that embassy staff handed the suspect over to local police, where he reportedly confessed to the suspicions against him.

According to the Himalaya Times, the man − identified by local media as Mohsin Khosravian − entered Nepal using his false Israeli passport, while hiding his Iranian passport in his suitcase.

Khosravian has reportedly been charged under Nepal’s Public Offenses Act. In the past, Israeli security officials had warned of attempts by Iran to carry out attacks against Israeli targets abroad, whether through the Al-Quds force or by using local terror activists.

Although Iranian attacks in Thailand and India failed, last year’s attack in Burgas, Bulgaria − which Bulgarian investigators attributed to Iranian-backed Hezbollah − proved their ability to attack Israelis “as past of a global campaign by Iran, which is expected and which will intensify,” the officials said.

It still isn’t clear, however, what the arrested Iranian’s intentions were, and whether he was simply a scout or was capable of actually attacking the embassy, its employees or visitors.

Gantz stressed the importance of international security cooperation, saying, “When at issue are challenges of weapons proliferation and terror bases in all kinds of places, international cooperation, which the State of Israel can also initiate, is of utmost importance.”
Posted by joe levin at 8:42 PM