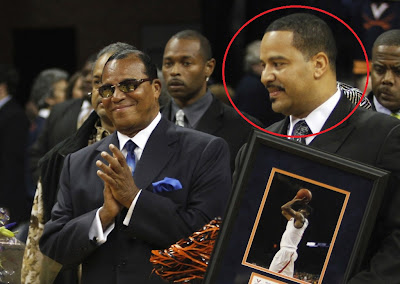 CHICAGO — An Illinois law enforcement agency is investigating allegations that the son of Nation of Islam Minister Louis Farrakhan holds a police department badge but hasn't worked a shift in more than four years.


Director Kevin McClain of the Illinois Police Standards and Training Board says his agency started a preliminary investigation, prompted by a Chicago Sun-Times (http://bit.ly/ZDnBHl ) report.

The newspaper reports Monday that Mustapha Farrakhan drives a Harvey Police Department vehicle and has used it to help with traffic control for his father. It says Farrakhan has a Harvey Police badge and drives an unmarked squad car complete with flashing lights.

The police chief in Harvey, just south of Chicago, describes Farrakhan as a "volunteer" officer.

The Nation of Islam did not return a call for comment.