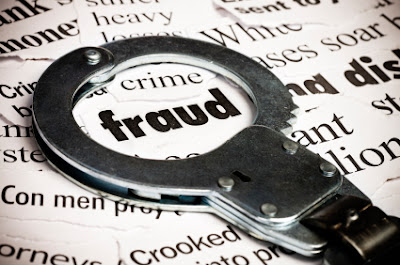 
Mizrahi, who lived in the upscale town of Savyon, was also found guilty of laundering NIS 116 million.

His method was hardly original: Mizrahi dazzled clients with promises of high yields, thus collecting tens of millions of shekels for investment. His conviction included 84 counts of theft, 101 of aggravated fraud and 28 counts of aggravated forgery. It is also not original that when clients wanted their money back, he simply stopped answering the phone.

District Court Judge Zvi Gurfinkel found the defendant guilty after Mizrahi admitted to the allegations of an amended indictment, including the sums involved in the fraud and money laundering. He will remain in detention until the sentencing hearing on July 4.

Mizrahi had been arrested last May and charged with an investment scheme dating back to 2007 involving a large number of clients through his company, Eran Mizrahi Finance and Investments. In 2011, he changed the firm’s name to Citadel Investments and Finance. In an apparent effort to project the image of a successful investment manager, Mizrahi lived in a fancy home, drove a luxury car and invited clients to meals using funds that he had fraudulently obtained.

Two clients who complained to the authorities last year alleged that Mizrahi misled them into thinking their investments had generated substantial returns and he had issued periodic investment reports. However, when they asked to withdraw their money, Mizrahi became evasive and eventually all attempts to contact him failed, they said.

The complainants reported that conversations with some of Mizrahi’s relatives revealed that he had defrauded vast sums of money from his own family, that his financial position had collapsed completely, and that he had fled in fear of his creditors.

At Thursday’s hearing, the prosecutor expressed concern that Mizrahi still had clients’ funds stashed away. Eitan Erez, a special receiver appointed to manage Mizrahi’s assets, complained that the defendant was not cooperating with those responsible for overseeing the assets.

Furthermore, he said, Mizrahi’s wife was attempting to interfere with their work and was seeking to generate substantial cash from the sale of the couple’s Savyon home.
Posted by joe levin at 11:52 AM