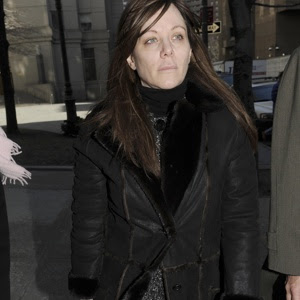 INDIANAPOLIS - A New York socialite who pleaded guilty last year to a federal charge that she duped corporations out of millions of dollars has received a 19-month prison sentence.

A federal judge in Indianapolis also ordered Dina Wein Reis on Tuesday to pay $7 million in restitution to her victims and fined her $1 million. Reis had pleaded guilty in May 2012 to a federal charge of conspiracy to commit wire fraud.

The Indianapolis Star reports Reis will remain free pending her placement in a federal facility.

Reis could have faced up to five years in prison, but her plea agreement capped her sentence at no more than 31 months.
Posted by joe levin at 5:50 PM