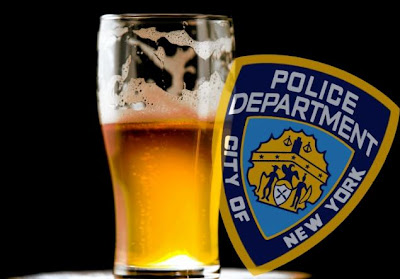 An off-duty police sergeant was arrested after he drunkenly crashed his vehicle into a parked car in Brooklyn last night, cops said.


Donald Stewart, 33, slammed his 2011 Jeep Grand Cherokee into a double-parked Nissan Quest as he swerved down Putnam Avenue at around 9:30 p.m. Sunday in Bedford-Stuyvesant, according to a criminal-court complaint. The crash caused the Quest to then hit a parked Volvo sedan, the complaint said.

Stewart allegedly continued driving for two blocks until his front wheel came off. He was found by cops in the back seat of his vehicle with his keys in his pocket, authorities said.

Stewart allegedly stunk of booze, and officers noticed his bloodshot eyes and slurred speech, according to the complaint.

Stewart refused a breathalyzer and was charged with DWI and leaving the scene of an accident.