Israel’s top cop: My guys can learn manners from the NYPD 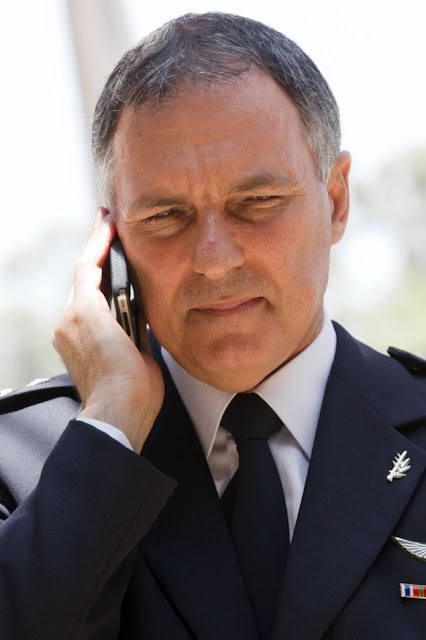 Israel’s top cop wants his police force to have better manners — and he’s using the NYPD as his role model.


“There is no reason that we can’t be like the NYPD,” Israel Police Chief Yochanan Danino told the Daily News Wednesday.

Danino is visiting the city this week to tour the NYPD’s "Ring of Steel" — a surveillance camera network that blankets midtown Manhattan — and to talk to Police Commissioner Raymond Kelly about anti-terrorist tactics.

He says he hopes to learn how NYPD officers are trained to address the public and handle quality-of-life complaints.

“I want to see how the police officers here treat the people that obey the law,” he said. “On one hand they can be very polite and give citizens all the help they need and on the other hand be tough when it comes to criminals.”

Danino, who was named head of Israel’s nationwide security force two years ago, has already taken steps to emulate the NYPD: his agency’s new uniforms look just like the ones New York’s boys in blue wear.

“It’s almost the same uniform,” Danino explained. But it’s hot in Israel, he said, so their uniforms needed to be more lightweight. “We didn’t change the colors, but we changed the material.”

Danino’s interest in Big Apple police procedures comes as the NYPD is embroiled in a federal stop-and-frisk trial where police officers are accused of harassing minorities.

Some elected officials are also demanding police brass answer to an inspector general.


Critics say cops in the land of milk and honey can do better than getting tips from the NYPD.

"(Israel is showing) an incredible lack of concern for community relations if they're trying to emulate broken windows policing and out of control stop-and-frisk practices," said Donna Lieberman, executive director of the New York Civil Liberties Union. "There is a lot that is highly professional about the NYPD, but the disdain for the niceties of individual rights isn't one of them."

Danino shrugged off the naysayers.

“No matter where you are in the world, people will always find things to criticize their police agency,” he said.

Danino hopes that copying NYPD courtesy, professionalism and respect will help raise his agency’s approval rating, which was a miserable 41% when he took over.

By Thomas Tracy / NEW YORK DAILY NEWS
Posted by joe levin at 6:21 AM