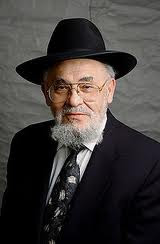 
Rabbi Dr. Moshe D. Tendler, a biology professor and Jewish medical ethics expert at the Yeshiva University and rosh yeshiva at Yeshiva Rabbeinu Yitzchok Elchonon, who in the early 1990s developed for the Rabbinical Council of America a health care proxy that determined that brain-stem death constituted halachic death, had strong words for the Rabbinical Council of America on the issue of brain stem death and organ donation.

Rabbi Tendler’s strong remarks, using critical language, were made this past week during a lecture in Eretz Yisroel.

In the video below, Rabbi Tendler calls it a “blood libel” to say that one may harvest organs from a non-Jewish person but not from a Jewish person, for whom it is halachically forbidden. He says he doesn’t see the distinction.

He also refers to the 110-page report issued by the RCA’s Vaad Halacha about brain death as “pages of drivel” and “nonsense.” The study was authored by noted rabbonim Rav Tzvi Flaum, Rav Kenneth Auman and Rav Asher Bush and leans heavily towards the p’sak of Rav Shlomo Zalman Auerbach and others, with whom Rabbi Tendler disagrees.

Rabbi Tendler, in his remarks, says that those who he disagrees with have “not the slightest idea of what they are talking about.”

Most gedolei haposkim consider the time of death to be defined by lack of independent respiratory activity, i.e., cessation of breathing. There is a minority opinion that proposes that total lack of brain stem function - brain death - fulfills the halachic criteria of death.

Ultimately, the RCA did not take an official stand, but the material presented clearly leaned in favor of the gedolei haposkim who deem cessation of breathing as the deciding criteria. It is with this approach that Rabbi Tendler disagrees.