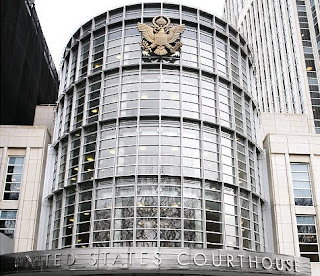 A former employee of the NYPD Pension Fund claims vengeful top officials framed him on trumped-up criminal charges because he reported a hostile work environment, a federal lawsuit alleges.

Anthony Bonelli, 48, the former director of network services, claims he was punched, choked and called a "f----t" and other anti-gay slurs by pension fund security director Ken Pece.

The suit, filed in Brooklyn Federal Court, also claims that the pension fund's integrity officer, NYPD Sgt. Richard Conte, ordered another employee to cut Bonelli's paisley necktie with scissors because Conte thought it was "too gay."

"It was like a boys' club, where they were acting like children in a playground bullying my client," said Bonelli's lawyer, Stuart Jacobs, who noted Bonelli is heterosexual.

Bonelli reported the incidents to his superior, then-Executive Director Anthony Garvey, but nothing was done, according to the lawsuit.

After Bonelli made an official complaint to police about the alleged assault - which was backed up by surveillance tape - pension fund officials allegedly conspired to squash Pece's arrest and set up Bonelli instead, according to the lawsuit.

Bonelli claims he was falsely arrested in 2009 for allegedly stealing computer records from the fund. He was acquitted of all charges in Staten Island Supreme Court.

"It's really outrageous and points to a large amount of corruption at the Police Pension Fund," Jacobs said.

Bonelli was later fired from his $122,700-a-year job at the fund, which services 75,000 active and retired cops and their beneficiaries.

A Law Department spokeswoman said city lawyers have not yet received the suit.

"I am confident Anthony Bonelli's claims have no merit," said pension fund general counsel Rhonda Cavagnaro, who is also a defendant in the suit. Pece declined comment when reached at home.
Posted by joe levin at 7:30 AM