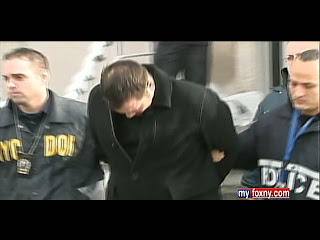 The workers were accused of selling cocaine and oxycodone to undercover officers on Staten Island. Two are sanitation workers at the Brooklyn Garage 13 on Neptune Avenue, and another is a supervisor at a Staten Island garage.

The Staten Island district attorney's office says the men, and another woman who was not a Sanitation worker, worked together to sell drugs on dozens of occasions.

They were charged with criminal sale of a controlled substance and criminal possession.
Posted by joe levin at 9:15 PM