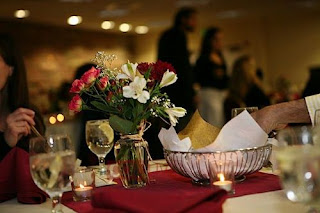 Kosher Consumers who were misled by false advertising and bought a non Kosher product can sue the manufacturer, a court ruled.

Consumers who buy a product as a result of misleading advertising can sue the manufacturer even if the product was not defective, the California Supreme Court ruled Thursday.

The 5-2 decision resolved a long battle between consumers and business over the scope of Proposition 64, the 2004 ballot measure intended to end so-called “shakedown” lawsuits against business. The initiative said a person could sue only if he or she suffered an injury and lost money as a result of the false advertising.

The case involved a suit against an Orange County-based company that made locksets labeled “Made in U.S.A. “ In fact, the company closed down an Orange County plant and transferred some of its most labor-intensive work to Mexicali, according to a lawyer who brought the suit. The company eventually dropped the label after a federal investigation.

Justice Kathryn Mickle Werdegar, writing for the majority, said merely buying a product as a result of a false claim was enough to sue under Proposition 64.

“Whether a particular food is kosher or halal may be of enormous consequence to an observant Jew or Muslim,” she added. “Whether wine is from a particular locale may matter to the oenophile who values subtle regional difference. Whether a diamond is conflict free may matter to the fiancée who wishes not to think of supporting bloodshed and human rights violations each time she looks at the ring on her finger.”

In a dissent, Justice Ming W. Chin, said Proposition 64’s backers on their website identified the lawsuit against the lockset maker as the kind of “shakedown” suit the measure would prevent.

He said the ballot measure limited lawsuits to persons who suffered injuries as a result of a false claim, and those who sued the manufacturer “did not allege that these mislabeled locksets were overpriced or defective.”

As a result of today’s ruling, all consumers “now have to allege is that they would not have bought the mislabeled product,” wrote Chin, joined by Justice Carol A. Corrigan. “This cannot be what the electorate intended” in voting for a measure aimed at reducing frivolous lawsuits against California businesses.

A tort reform group predicted that the ruling would clog state courts at a time when funding for them is being cut.
Posted by joe levin at 7:12 PM

Email ThisBlogThis!Share to TwitterShare to FacebookShare to Pinterest
Labels: L A Times