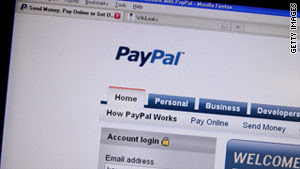 FBI agents have executed 40 search warrants throughout the United States as part of an investigation into recent coordinated cyber attacks targeting major companies, the agency said.

The United Kingdom's Metropolitan Police Service executed additional search warrants and arrested five people for their alleged role in the attacks, the FBI said in a statement Thursday.

A group calling itself "Anonymous" has claimed responsibility for the attacks, the FBI said. The attacks were allegedly carried out by people who are active supporters of WikiLeaks, but are not affiliated with the website, a federal law enforcement source said.

Late last year, the group launched take-down campaigns against organizations that have shunned the site WikiLeaks. Under the banner "Operation Payback," the Anonymous group successfully crashed MasterCard.com and strained the websites of Visa and PayPal.

Anonymous allegedly makes its attacks not through hacking, but merely by directing a giant traffic surge to the targeted website. That's called a DDoS attack, short for distributed denial-of-service -- and it's hard for most websites to defend against.

"The attacks were facilitated by software tools the group makes available for free download on the internet," the FBI said in a statement.

Facilitating or conducting such attacks is illegal and punishable by up to 10 years in prison, the FBI said.
Posted by joe levin at 11:39 AM