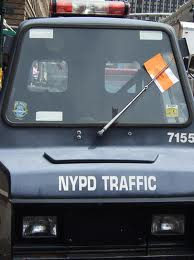 A crooked city data entry clerk -- who took thousands of dollars cash to "fix" overdue parking tickets, then just pocketed the money without paying anything off -- is going to jail for a year.

Karen Frazier, 43, promised twenty drivers that for half the value of what they owed, she'd make their fines go away -- only to leave her "customers" in worse shape, saddled with additional nonpayment penalties.

The trickster ticket fixer had written $24,000 in rubber checks to make it seem to customers who checked online that their fines were paid -- at least until the checks bounced, officials said.

Frazier had been caught in a city Department of Investigation probe, and pleaded guilty in October to charges of fraud, official misconduct and tampering with public records, said DOI commissioner Rose Gill Hearn.
Posted by joe levin at 8:36 AM