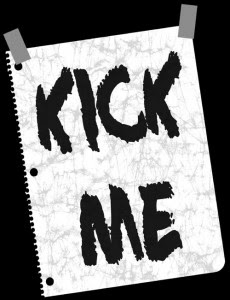 VESTAL -- Students involved in "kick a Jew day" at Vestal High School will be required to attend a counseling and education session as well as face disciplinary action, school district officials said Friday.

The high school is also developing a lesson plan on dignity and respect that will be taught to all students during a class period, probably the third week in February, Principal Catherine Hepler said.

Hepler, Superintendent Mark D. LaRoach and Asst. Superintendent Mary Surdey met privately Friday with six local clergy and representatives of the Jewish community to discuss the school district's response to "kick a Jew day" in which Jewish students were targeted for "kicks" by some fellow students.

"The focus during the meeting was what we can do to help long-term, and short-term, to address behavior," said Michael Wright, chairman of community relations for the Jewish Federation of Broome County.

Wright said, from what he's heard, events on that day were the result of "stupidity and ignorance," not overt anti-Semitism. He credited school officials for responding appropriately to the incident and beginning an investigation as soon as it was brought to their attention.

School officials confirmed 17 students were involved in the incident which was publicized through a Facebook message. LaRoach would not comment on what disciplinary action the students face but indicated it could vary based on the nature of their involvement.

Young people can make mistakes and not be aware of the historical implications of their actions, the superintendent said. At the same time, "it's incorrect to categorize this as 'kids will be kids.'"
"Kick a Jew day" took place on Dec. 1, the first day of the eight-day celebration of Hanukkah. Hepler said she found out about the incident that night in a call from a staff member who had been contacted by the parent of one of the students kicked.

Officials then conducted an investigation that included talking to about 30 students, officials said. They did not specify how many were actually kicked. During the investigation, school officials learned "another day similar to this" had taken place, although that day was free of religious overtones, Hepler said.

Reportedly, "kick a blond" day and, or "kick a redhead" day had taken place at the school, a parent said last week.

One issue that came up at Friday's meeting was the lack of awareness by students on the method and procedure for reporting incidents of this type to school officials, Wright said. One suggestion was for the school to establish an e-mail address or phone number for students to anonymously report slurs or inappropriate behavior.

The district will be studying the implementation of such a reporting system, LaRoach said.

Other immediate actions include:

* Forming an advisory team of staff members and teachers to meet with Hepler to discuss and refine educational efforts and programs at the school.

* Forming a broad-based committee of students to meet with Hepler about events at the high school.

"During the course of the meeting, we were very pleased to learn efforts are already underway," Wright said.

However, school officials realize they need to refocus their efforts, he said.
Posted by joe levin at 7:17 AM