Yeshiva, suspected of fraud, returns $410k in stipends to Masa 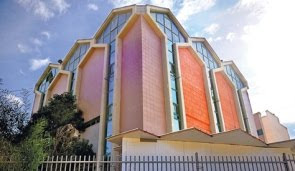 Israel program fund provider tightens control in wake of audit in which only a quarter of registered students were present.

The police recently concluded an extended investigation into the alleged fraud of a local yeshiva accused of defrauding the Masa Israel project, Anglo File has learned. The police officer in charge of the case said the results of his investigation were transferred to the state attorney’s office due to a “strong suspicion” of illegal activity by yeshiva administrators.

The yeshiva received $410,000 in stipends from Masa for students who signed up for the program but apparently did not attend the institution. The yeshiva, Tomchei Tmimim in Migdal Ha’emek − which belongs to the global educational network of the Chabad movement − denies any wrongdoing.

The money the yeshiva received on behalf of students who were not present when Masa staff audited the yeshiva in May 2010 has since been returned to Masa, the government-sponsored umbrella organization for long-term Israel programs for young Diaspora Jews, according to the police. As a result of this episode, however, Masa says it has instituted a new policy of rigorous comprehensive checks of participant lists from all program providers.

Referring to the yeshiva’s Hebrew name − which means supporters of the pure ‏(or innocent‏) in English − the fraud unit director of the police’s Northern branch, Superintendent Aharon Gal-Or, said there was little “innocence” [tmimut] on behalf of the yeshiva regarding this case. “The money was taken wrongfully but was also given back,” he told Anglo File.

The alleged scam came to light after a student approached Masa last spring asking to sign up for the one-year program at the yeshiva, sources familiar with the case said. Masa officials noticed he was already registered as a participant of the program, they told Anglo File.

In May, Masa officials asked the yeshiva for the passports of all participants, but only 13 of the 53 students signed up for the yearlong program were still present, several sources familiar with the case said.

“We were concerned that false information was being provided to Masa Israel and to the Israel Experience company regarding the number of participants registered in the program,” Masa CEO Ayelet Shiloh-Tamir told Anglo File earlier this month. “Following unsatisfactory explanations provided by the program, we immediately filed a fraud charge with the police.”

The yeshiva had offered the yearlong program under the auspices of Israel Experience Educational Tourism Services, a subsidiary of the Jewish Agency for Israel. The company offers numerous educational short- and long-term Israel tours, many of them in the framework of Masa. Amos Hermon, Israel Experience’s director-general, did not reply to several requests for comment.

Masa has since severed all ties with the yeshiva, Shiloh-Tamir told Anglo File.

The yeshiva’s director, Baruch Avisrur, denies Masa’s version of the story. “This is an incorrect interpretation and an attempt to blame us for having intentions we never had. Everything was done according to what was demanded from us by the contract we signed [with the Israel Experience].” He declined to provide Anglo File with a copy of the contract or to further comment.

The 2009/10 school year was the third time Tomchei Tmimim received stipends for hosting a program for young Jews from the Former Soviet Union, according to Masa. In the previous two years, Masa officials said they paid a total of about $600,000 to the yeshiva, via Israel Experience. Masa subsidizes every participant of this particular program with about $10,000.

Masa officials said the registration forms and visas the yeshiva submitted for the students on the list were impeccable. There was no reason to be suspicious about the program because about 50 students were present at the mandatory excursions and Hebrew lessons provided by the Israel Experience, they explained. In order to be eligible for Masa grants, a yeshiva must offer such activities in addition to its regular program of Torah studies.

More than 55,000 participants have participated in Masa-supported programs since the umbrella organization’s founding seven years ago. For 2011, Masa officials expect 10,000 participants. The program currently has an annual budget of about $40 million, 80 percent of which pays for scholarships and stipends for participants.

The Jewish Agency and the government of Israel share the program’s costs. ‏(Stipends are need-based: North American gap year participants, for example, receive on average $1,500. Tomchei Tmimim received much larger payments on behalf of the students because as Jews from the FSU they are considered to be in greater need of financial aid.‏)

In the wake of the Tomchei Tmimim episode, Masa has instituted “new control measures − beyond our regular checks and audits in order to help prevent such incidents from happening in the future,” Shiloh-Tamir said.
Posted by joe levin at 11:35 PM