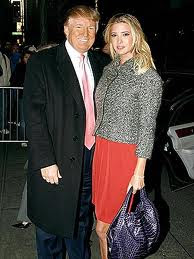 China is not a friend of the US and should not have been praised during President Obama's State of the Union speech Tuesday, real estate magnate Donald Trump said.

In a speech that "was mostly talk," the most disturbing part for the New York-based developer was the president's decision to praise technological and business advances in China, long an economic nemesis for the US.

"I thought the low point was when he talked about how great China was," Trump said in a CNBC interview. "To me that was inappropriate to have in this speech, especially in light of what has happened with China."

The president singled out China for the advances it made in education and held the nation up as an example for what the US should be doing.

"Meanwhile, nations like China and India realized that with some changes of their own, they could compete in this new world," Obama said. "And so they started educating their children earlier and longer, with greater emphasis on math and science.

The remarks came on the heels of a high-profile visit between Obama and Chinese President Hu Jintao in which the leaders pledged to forge closer ties. During the visit, Obama praised China for making progress on human rights and said the two nations should strive for an environment of "cooperation" and "friendly competition."

For Trump, though, the president's posture is symptomatic of the raw deal the US is getting with its international trading partners.

"We had this tremendous deficit with China last year and we had that with many other countries. We can't be doing that," he later added. "We have become a whipping post for many of the smart countries of the world."
Posted by joe levin at 7:26 PM