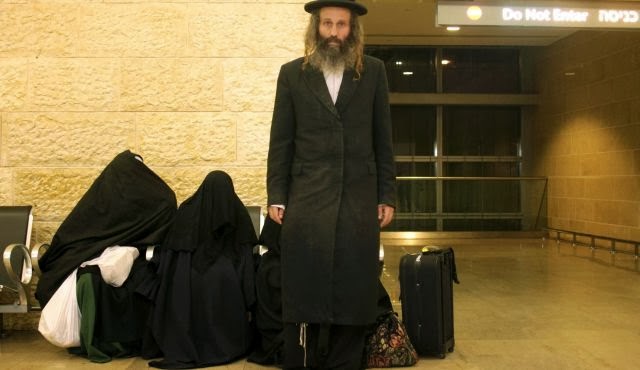 The sect of some 50 families relocated from Quebec to Ontario in November fearing that welfare authorities were about to remove several children. Welfare authorities in Chatham have asked the local court to enforce an order to place 14 children from the sect in foster care in Quebec. A judge is to rule on the order, which is being appealed in Quebec, on February 3.

The Surete du Quebec confirmed its detectives led the raid alongside Ontario Provincial Police, according to the Montreal Gazette. However, the police would not comment on the raid because the investigation is ongoing. The police did not remove any children or lay any charges, the Ottawa Sun reported.

The leader of the insular sect, known as the "Jewish Taliban" for their anti-Israel views, is Shlomo Helbrans, an Israeli-born rabbi who served two years in jail for conspiracy to commit kidnapping in the 1990s.

Legal counsel for the ultra-Orthodox Jewish sect told The Canadian Press that investigators arrived at the residences in the evening, searching for computers and electronics in connection to an ongoing criminal investigation.


A transcript of testimonies made by youth protection services in November reveals allegations that children were medicated with melatonin to control their behavior, and that they could be "in imminent psychological and physical danger," according to the CBC.

The community denies any mistreatment of the children and says they were already planning to move out of Quebec, according to the Sun.

In 2011, two sisters from Beit Shemesh, ages 13 and 15, had been sent to the Lev Tahor community in Canada by their newly religious parents. After an intervention by their grandmother, the girls were detained at Montreal Airport and returned to Israel three days later.
Posted by joe levin at 5:52 AM