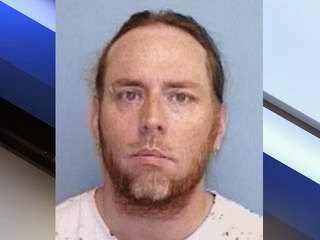 A North Carolina man is under arrest after police say he tried flushing millions of dollars in fake casino chips down the toilet at an Atlantic City hotel.

Christian Lusardi, 42, of Fayetteville, N.C. was staying at Harrah's Resort and Casino.  He had been playing in the Winter Poker Open at the Borgata Casino.

Workers at Harrah's went to unclog a sewer pipe in Lusardi's room last Tuesday when they made the discovery.

Harrah’s notified Borgata officials. As a result, tournament personnel found 160 $5,000 counterfeit poker chips totaling $800,000, among the genuine casino chips. The compromise forced officials to cancel one of the events.

An investigation allegedly revealed evidence that Lusardi introduced the counterfeit chips into the tournament on multiple occasions. Police say Lusardi made $6,814.00 in winnings during the tournament.

Detectives discovered that Lusardi had left the casino and not returned to his room. As a result, a warrant was issued for his arrest.


On Friday, January 24, Lusardi was found at a motel still in Atlantic City and he was arrested without incident. He was charged with Rigging a Publicly Exhibited Contest, Criminal Attempt, and Theft by Deception. Bail was set at $300,000 full with no 10% option.
Posted by joe levin at 4:16 PM