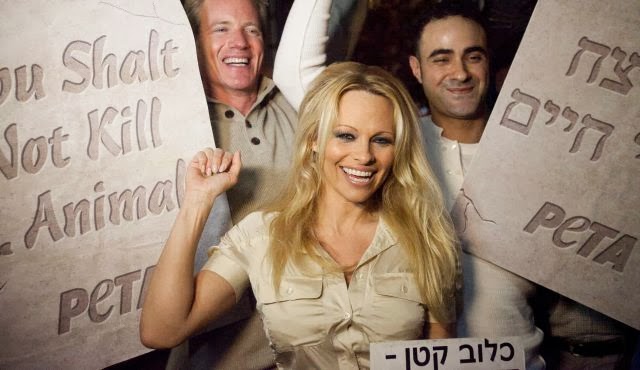 Actress and animal rights activist Pamela Anderson is asking Prime Minister Benjamin Netanyahu to endorse a bill banning the sale of clothes made of animal fur.

Fresh off a honeymoon in Israel, Anderson sent a letter to Netanyahu on Wednesday urging him to support the legislation. If passed, it would make Israel the first country in the world to impose a national fur clothing ban.

More than 40 lawmakers have endorsed the bill, promoted by the Israel-based International Anti-Fur Coalition. Netanyahu previously has expressed views sympathetic with the animal rights movement.

In her letter, Anderson said the way animals "suffer and die for fur violates Jewish principles." She added that by passing the bill, "Israel would set an example of compassion for the rest of the world to follow."

Anderson became globally famous for her role in the beach-based TV show "Baywatch" and later, for posing in the nude for the movement "People for the Ethical Treatment of Animals," better known as PETA, to promote animal rights

Earlier this month Anderson, 46, remarried her ex-husband, Rick Salomon. She had also previously been married to drummer Tommy Lee and to Kid Rock.