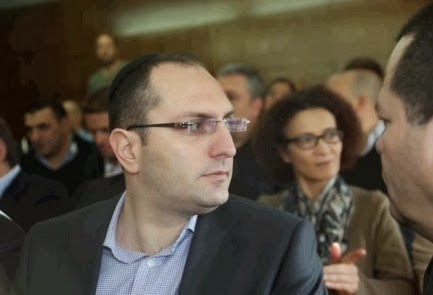 Nochi Dankner today petitioned the Tel Aviv District Court to append "new and supplementary" evidence about the sources of capital of Moti Ben-Moshe, which was not included in the material sent to the court-appointed investigative team into Ben-Moshe's business.

That material, which was submitted to Tel Aviv District Court Judge Eitan Orenstin a month ago, is still confidential.

Yanus's affidavit states that, in September 2013, Germany's Federal Network Agency (BNetzA) opened an investigation into Ben-Moshe's energy business in the country, which is handled through ExtraEnergie GmbH.

"The investigation's purpose is to clarify whether ExtraEnergie is a company with a commercial logic and capabilities to its business. It should be noted that such an examination is an extremely rare and extraordinary step, reserved for extreme cases. This investigation indicates very serious suspicions about the conduct of Extra Holding and ExtraEnergie," Yanus states.

Yanus's affidavit is apparently based on reports in late September by "Der Spiegel" and a popular television station WDR that BNetzA had opened an investigation against electricity suppliers ExtraEnergie and Almado AG.

They claim that if the investigation finds any flaws in the business and administrative structure of the companies, BNetzA has the authority to suspend their operations in Germany.

Furthermore, Yanus says that a review by Bird and Bird, signed by a German lawyer, Manfred Ungemach, an expert in the German energy market, found, "ExtraEnergie operates with a lack of financial logic and is at serious risk of financial collapse." The company's activity in Germany "is a problematic financial pyramid."

Ungemach adds that ExtraEnergie's cash surplus is not enough to cover its liabilities to customers and suppliers, even before investing €115 million to acquire IDB Holding Corp. Ltd. (TASE:IDBH).

Commenting on BNetzA's probe, he says, "This is a very extreme process in the Germany market, which is liable to result in the liquidation of the company, and in case of insolvency, control and management would be taken from the company's current managers and transferred to a German liquidator."

The affidavit says that Ungemach headed a group of lawyers which assisted the liquidation of TelDaFax, the largest liquidation to date in Germany's energy market.

"There is no doubt that the need for achieving true diligence, protection of the creditors, as well as strengthening these interests when the business of Israel's largest company is involved, requires in our opinion the appending of the serious evidence that has been revealed," says Dankner's attorney, Adv.

Shmuel Cassouto. He adds, "The petition in and of itself, as well as the immense efforts behind it, are worthy of a full response in the name of law and justice.
Posted by joe levin at 8:01 AM