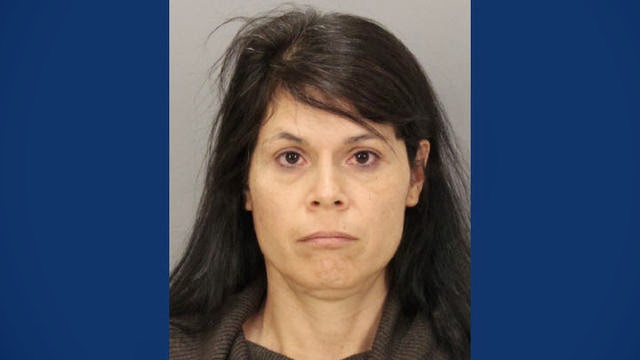 The Sunnyvale Department of Safety has arrested a cross-dressing sex offender who walked onto a Jewish school campus, but was turned away by the headmaster who felt something was amiss.

Theodore Lorigo was arrested Jan. 23 by police, who has been known to dress as both a woman and a man.

The 42-year-old Lorigo is also a registered sex offender for kidnapping a child under the age of 14 with intent to commit lewd or lascivious acts, according to the Me
gan's Law website.

Capt. Jeff Hunter said Lorigo has been charged with illegally walking onto the South Peninsula Hebrew Hebrew Day School campus in Sunnyvale with a fake ID in December 2013. Hunter now wants to know if other people have had contact with Lorigo as well.

Lorigo's arrest cams as a result of an astute headmaster at the Jewish school.

"I know everyone that comes in and out of this school and if there's a prospective family that's coming to school, we've made an appointment, we've been in touch in advance," said Alan Selis, headmaster of the Hebrew Day School. "If anyone isn't in that kind of framework, there's a red flag. And it's our job to be cautious in that situation."

Selis said Lorigo told him he was interested in the school for his kids -- a story the headmaster didn't buy. Lorigo never made it to any building where there were children, Selis said. Though Lorigo often dressed as a woman, he was dressed as a man on the day he came to the school.

"Once he was confronted by the senior leaders of the school, he left on his own," Selis said. "I think that's what people like this do. They look for the weak link. So he didn't find that with us. And that's why he went away so quickly."