Cecil Chao, Doubles Marriage Reward To $165M To Anyone Who Could 'Turn' his Lesbian Daughter Straight 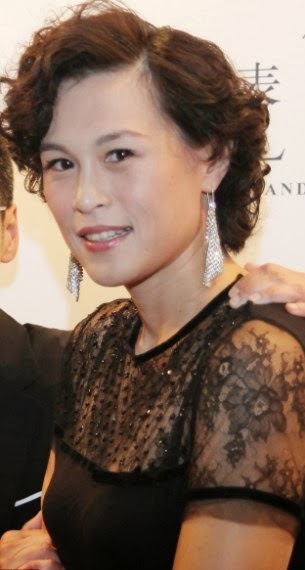 
The father insisted that Gigi is still single although she had admitted to "marrying" her female partner Sean Eav in 2012 in Paris.

In an interview with a business newspaper early this month, Cecil said that although his initial offer of HK$500 million (S$82 million) in 2012 attracted more than 20,000 suitors, his daughter remained unmoved.

Ironically, he also said that he would not interfere in the personal life of his daughter.

"I only hope for her to have a good marriage and children as well as inherit my business," Cecil said.

He believed that Gigi's thinking would change in due time as she is only 33 now.

Cecil revealed that Gigi had told him before that she had yet to find a suitable male partner.
Posted by joe levin at 8:07 AM