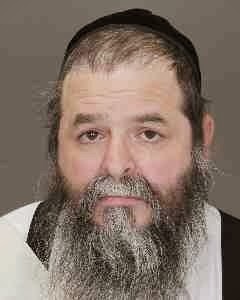 NEW SQUARE — A New Square educator accused of molesting a young boy repeatedly over five years is innocent, his lawyer said Monday while rejecting comparisons between this case and another in which the suspect’s brother abused a teenager.

“They’re two different individuals,” lawyer Gerard Damiani said after his client Moshe Taubenfeld appeared in Village Court on a felony charge that could land him in prison for up to seven years.

Taubenfeld, 55, made no comments during the brief hearing, during which the judge kept the defendant’s bail at $25,000 and confirmed that he had to turn over his passport and must stay away from the victim.

Media filmed the first part of the hearing, but were ordered to turn off cameras after his lawyer raised objections.

Taubenfeld, a father of 20, ducked the media and rushed out a side door afterward.

His lawyer said Taubenfeld is under a “pretty big strain.”

Taubenfeld was charged with second-degree course of sexual conduct against a child. The alleged abuse started Sept. 11, 2001, when the preteen boy, Laiby, said he came to the man seeking comfort after the terrorist attacks