Man gets 5 years for attack on Cairo synagogue 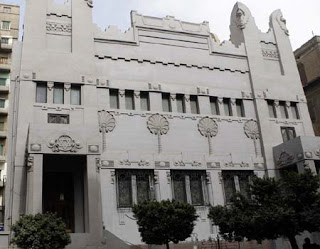 Gamal Hussein threw makeshift explosive at Shaare Shamayim synagogue last February. His response to verdict: You all are infidels

Egypt's supreme state security court has convicted and sentenced a man to five years in prison for throwing a makeshift bomb at Cairo's main synagogue.

Authorities said Hussein was repeatedly jailed for drug dealing and was implicated in attacks organized in the 1980s by Islamic militant groups targeting video stores.

Gamal Hussein shouted at the judge "Your verdict is a failure! You all are infidels!"

Hussein, 50, entered a downtown hotel in February last year and tossed the suitcase containing explosives out of the window at the synagogue across the street before fleeing.

The suitcase briefly caught fire but fell across the street from the historic synagogue, known as Shaare Shamayim, or the Gate of Heaven. No one was injured

The Shaare Shamayim Synagogue is usually closed during the week and holds most of its events on holidays, when it is attended by Cairo's Jews, workers of the Israeli Embassy, American students studying in the Egyptian capital and others.
Posted by joe levin at 10:16 AM