Brooklyn, NY - Markowitz To Census: The Chasidim Alone Increased By 40,000 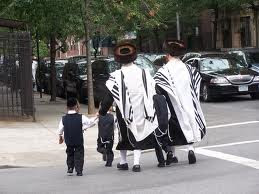 Brooklyn, NY - Borough leaders were slamming the US Census Bureau on Thursday after the agency claimed that Brooklyn grew by only 40,000 people over the past decade.

“It’s a mistake,” said Borough President Markowitz, pronouncing himself “flabbergasted” by the allegation that the borough grew by only 1.6 percent to 2,504,700.

“It is inconceivable that Brooklyn — the hottest borough in which to live, work and play — grew only a small percentage in the past decade,” said Markowitz. “If you just count the Hasidim from Williamsburg, the Satmar and the Lubavitch Hasidim in Crown Heights, you’ve got 40,000 increase right there over the last 10 years.”

And the federal bean counters claim that the entire city of New York only added about 166,000 people since 2000, for a total population of 8.175 million, although the city says it is likely 8.4 million.

If the numbers from the constitutionally mandated decennial count hold, the city will face long-term consequences.

New York State is expected to lose two congressional seats when districts are redrawn later this year — and political insiders believe that Brooklyn or Queens could lose one of them.

And federal and state funds to the city, which is tied to population, would likely diminish

As such, state Sen. Marty Golden (R–Bay Ridge) joined his fellow politicians in calling the Census count an “abomination,” an assessment that has become an once-a-decade ritual among urban lawmakers.

“Literally billions upon billions of taxpayer dollars were expended on this failed effort,” said Golden. “All avenues, including legal action, need to be explored in order to correct this injustice.”