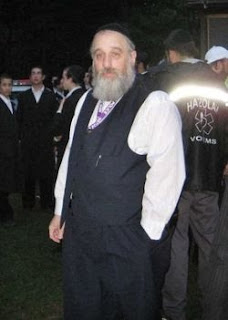 ALBANY -- A Brooklyn rabbi whose controversial use of law enforcement credentials was questioned in a series of Times Union articles abruptly resigned from his $100,000-a-year job with State Police.

"He's no longer employed with the State Police," a spokesman said Friday morning.

The rabbi, Bernard Freilich of Brooklyn, submitted his resignation Thursday. It came as the State Police initiated an internal investigation of Freilich earlier this month prompted, in part, by a March 6 Times Union article that raised questions about his use of a State Police badge, vehicle placard and emergency lights.

State motor vehicle records show Freilich, 59, has for years equipped his private vehicles with "official" license plates registered to an Orange County village where he is not employed.

The records show Freilich was not required to submit proof of any official role he has with the village, Kiryas Joel, whose leaders declined to respond to questions. The insurance cards for the vehicle list Kiryas Joel as the registered owner, also raising questions about liability.

State regulations indicate "a vehicle assigned official plates must be owned or controlled by a political subdivision and operated by its employees."

Freilich's role with the State Police as a liaison to the Jewish community, and an adviser to law enforcement agencies regarding accidents involving Hasidic Jews, has come under fire from current and former troopers.

State Sen. Eric Adams, a retired New York Police Department captain and former homeland security committee member, said recently that he is concerned by DMV policies that enabled Freilich to obtain official plates registered to a village where is not a paid employee or resident.

Freilich was appointed as a State Police liaison to the Jewish community by Gov. George Pataki in March 1995. The position, which pays $100,780, was created by Gov. Mario Cuomo.

Some people have contacted the Times Union in recent days saying criticism of Freilich stems from political adversaries in his community who were jealous of his position with the State Police. Freilich said allegations that he had used his police-like vehicle to pull over people several years ago were fabricated.

A religious leader in Freilich's Brooklyn congregation said the allegations were investigated by a rabbinical panel in 2008. He said the matter was handled internally and not referred to police.

A spokesman for Gov. Andrew Cuomo did not respond to requests for comment regarding Freilich.

Freilich said village officials know he has the plates and that his vehicle is registered and insured to the village. He said he handles public relations for the village in an unpaid role. Kiryas Joel Mayor Abraham Wieder did not respond to multiple requests for comment.
Posted by joe levin at 11:52 AM