Some Rabbinical Students to Get State Tuition Aid 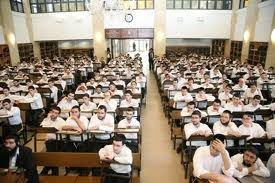 The state budget plan that moved toward enactment on Wednesday calls for 10 percent cuts in aid to public colleges and universities, but it would add about $18 million a year in tuition assistance for students attending some private religious schools.

The added money would be available to any theological student who met a new set of criteria for the state’s so-called Tuition Assistance Program grants. The major potential beneficiaries would be an estimated 5,000 men who attend dozens of Orthodox rabbinical schools in New York, state officials and religious leaders said.

Assemblyman Dov Hikind, a Democrat whose Brooklyn district includes a large Orthodox population, called the additional financing “a matter of equity, to rectify the fact that New York State has denied rabbinical college students tuition assistance for all these years.”

Mr. Hikind and other lawmakers have sought unsuccessfully for about 10 years to adopt the new criteria by amending the Tuition Assistance Program rules, eliminating a long-established ban on state tuition assistance for undergraduate students who attend religious schools, like yeshivas, that are not chartered by the state Board of Regents.

In negotiations this month, Republican leaders in the Senate asked that the new rules be included as part of the 2011-12 budget agreement. Gov. Andrew M. Cuomo and Democratic leaders in the Assembly have agreed, said Jeffrey Gordon, a spokesman for the State Division of the Budget.

Some opponents of the rule changes have said they violate the spirit, if not the letter, of the Constitution.

Joseph Conn, a spokesman for the Washington-based Americans United for the Separation of Church and State, said his group had tracked legislative efforts to extend state tuition aid to religious students in New York.

“By burying this measure in a budget bill, we were caught off guard,” he said.

Assemblywoman Deborah Glick, a Manhattan Democrat who is the chairwoman of the state Assembly’s Higher Education Committee, said last year that she opposed expanding eligibility to students attending private institutions while the state was cutting spending and reducing access to public institutions. Ms. Glick did not return phone calls on Wednesday about whether she backed the change this year. David Zweibel, executive vice president of Agudath Israel of America, an Orthodox Jewish advocacy group that has lobbied for the new rules in tuition aid, said the new regulations did not violate church-state separation because the aid would go directly to the student, not to the religious institution.

“To those who have said, ‘How can you ask for this in these tough economic times?’ ” he added, “My answer is, yes, it’s a tough time. But it’s about time.” Students attending religious colleges are no less in need of tuition assistance than any others, he added.

Students who meet the financial eligibility and other requirements for Tuition Assistance Program grants may receive up to $5,000 a year for four years.

Under the new rules, students can apply for grants from the program as long as the school they attend is a tax-exempt institution, headquartered in New York, offering a program of instruction of at least three years, and eligible under federal law for Pell grants for undergraduate study. The federal tuition assistance program does not exclude students studying for the clergy.

The new New York criteria would, however, continue to exclude students of most seminaries, which accept only students who have completed college.

“The way the rules were written, they were pretty much designed” for the undergraduate yeshivas, said Mr. Gordon, of the governor’s budget office.

Mr. Zweibel, of Agudath Israel, said he was confident that others besides rabbinical students would benefit from the expansion of the eligibility rules. He said the state had been inconsistent in its policies until now.

“In a state that has been so hospitable to the growth of its Orthodox minority,” he said, “and with the largest group of rabbinical colleges in the country right here in New York, how could the state say to our students that no, you are not eligible for what everyone is eligible to receive?”
Posted by joe levin at 11:08 AM