Glenn Beck: “I stand with Israel” 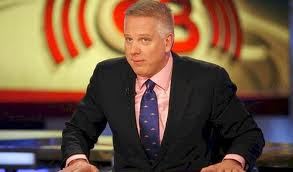 Glenn gave a passionate condemnation of US foreign policy on tonight’s TV show. As the Middle East continues to burn, the United States – and most of the world for that matter – have not taken a firm stance in alliance with Israel. Instead, the administration has been silent as groups like the Muslim Brotherhood start to work their way into power in Egypt and other countries.

Glenn makes a compelling argument, noting that Israel is the only country in the Middle East that shares American values. They are constantly provoked and attacked, yet despite having a heavy nuclear arsenal they have not launched a single one. In Israel, unlike most other Middle Eastern countries, women are treated equally and people aren’t stoned for their sexual orientation. Nevertheless, the United States has – at it’s best – remained silent.

But as Glenn also noted, there are those high up in the administration that would stand against Israel, such as Samantha Power (Mrs. Cass Sunstein), who has argued that the United States should shift their support from Israel and focus on the creation of a Palestinian State. They use the doctrine of a “Responsibility to Protect” to say the US and its allies should move against Israel in support of the Palestinian State, the same doctrine that President Obama used to move against Libya without congressional approval. You can see her make the argument in this video: