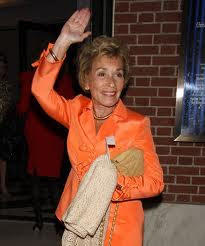 LOS ANGELES - Judge Judy is reportedly "feeling better" Wednesday afternoon after being rushed from the set of her television show to the hospital for a medical emergency.

"I just spoke to the judge who says she is feeling much better," her publicist Gary Rosen told KTLA. "She says all of the tests are negative and she's going home tomorrow."

"She will be back taping her show on April 12, as scheduled."

City fire spokesperson Erik Scott confirmed to KTLA that a female was taken by ambulance to an undisclosed hospital after they received a 911 call about a medical emergency.

Scott confirmed the ambulance was dispatched to the Sunset Bronson Studios at 5800 Sunset Boulevard at 9:12 a.m. Wednesday.

KTLA is located on the same lot. Witnesses at KTLA confirmed seeing the ambulance leave the studio lot shortly after 9 a.m..

A receptionist at the Judge Judy show, Vanessa Pineda, confirmed that 68-year-old judge Judith Sheindlin left the studios, but described the incident as a "family emergency."

"The judge was feeling nauseous and had some intestinal discomfort and decided to go to the hospital to get it checked out," Rosen, told RadarOnline.com