Entrapment Is Reasserted in Appeal in Synagogue Bombing Case 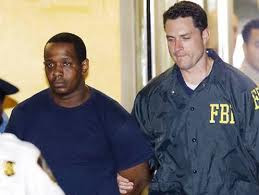 Lawyers for four men who were convicted in October of placing what they thought were explosives in front of two Bronx synagogues and plotting to fire missiles at military planes reprised parts of their entrapment defense on Thursday as they asked a federal district judge in Manhattan to set aside the guilty verdicts against the men and dismiss the indictment.

The judge, Colleen McMahon, listened to defense arguments that the government had not proved beyond a reasonable doubt that the defendants had been predisposed to take part in a terrorist attack before becoming involved in the conspiracy. The plot was partly organized by an undercover informer who posed as a rich Pakistani business executive and who offered the defendants money, cars and other inducements, their lawyers said.

“If he was predisposed, they would not have had to offer him rewards,” one of the defense lawyers, Vincent L. Briccetti, said of his client, James Cromitie.

A few minutes later a prosecutor, David Raskin, disagreed, saying that the defendants needed no encouragement. He said they were motivated by the desire for jihad and added, “Money didn’t matter to these guys.”

“Really?” Judge McMahon asked. “It was painfully obvious that the reason they did it was for the money.”

She went on to say that the fact that the men had committed a crime was not sufficient to prove they had been predisposed to do so. In the absence of direct evidence, Judge McMahon acknowledged, it was difficult to determine the leanings of the defendants, David Williams IV, Onta Williams, Laguerre Payen and Mr. Cromitie.

After completing arguments over the defendants’ predisposition, the defense and prosecution lawyers sparred over the defense’s claim that the government had engaged in misconduct. Lawyers for Onta Williams wrote in court papers that prosecutors had failed to correct what the defense said were false statements made by the informer, Shahed Hussain, during his testimony.

And Mr. Briccetti wrote in a motion filed with the court that the government had invented a conspiracy.

The lawyers for Onta Williams said that Mr. Hussain had given conflicting testimony on a variety of subjects. Although a prosecutor, Jason P. W. Halperin, said that some of Mr. Hussain’s testimony had been “convoluted,” he said that the government had acted properly.

“This was an elaborate sting operation, but it was a lawful one,” he said. “Nothing about the government’s conduct shocks the conscience.”

Judge McMahon signaled what she thought was one of the more salient defense claims among those outlined by Mr. Briccetti. It involved the question of whether the government, through Mr. Hussain, had lured the defendants into an orchestrated conspiracy that the four would have been unlikely to pursue on their own.

“The government created the criminal, then manufactured the crime,” Mr. Briccetti wrote in his papers.

Prosecutors presented a different view, telling Judge McMahon that the government had acted responsibly to thwart a group intent on carrying out attacks.
Posted by joe levin at 12:39 PM