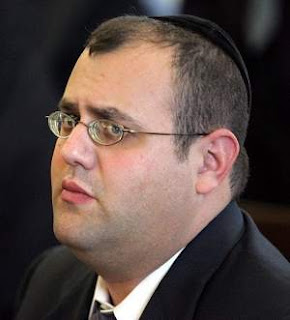 NEWARK — A New York man who pleaded guilty to laundering more than $668,000 for government informant Solomon Dwek was sentenced today to serve 41 months in prison.

The extortion charge came from a $20,000 bribe that Altman arranged for former Ocean Township real estate developer Dwek to pay John Guarini, 61, who was a property improvement field representative for the Jersey City Housing Authority, Fishman said. Dwek was working as an undercover informant for the FBI at the time.

Altman also used supposed charitable, nonprofit entities to launder hundreds of thousands of dollars for Dwek. Dwek began working for the FBI shortly after he was arrested in May 2006 on $50 million in bank fraud charges.

He wore a wire and a tiny video camera and traveled throughout New Jersey and into New York to nab corrupt politicians and money-laundering rings. His efforts led to the arrests of 46 people in 2009, in the largest corruption bust in the state's history.

According to documents filed in the case and statements made in federal court: In July 2007, Altman arranged for Dwek to pay Guarini a bribe, so that Guarini would ensure official approvals on properties Dwek was supposedly trying to develop in Jersey City. The projects were sham developments proposed by Dwek when he was posing as "David Esenbach," a wealthy developer.

Altman, whose real estate business was based in Union City, admitted that he arranged to meet Dwek and Guarini at a Jersey City building, where Altman led Dwek to a boiler room to make the payment.

Altman also admitted he met with Dwek in March 2007, when Dwek told him he had money from his ongoing bankruptcy proceeding that he wanted to hide. In later meetings, Dwek told Altman that he needed to launder money he had obtained from fraudulent bank deals and a business that made counterfeit designer handbags.

Altman admitted that he engaged in about 15 money-laundering transactions for Dwek between May 2007 and July 2009. Altman would accept checks from Dwek and return cash to Dwek after taking a fee for laundering the money.

Altman told Dwek to write checks to purported charitable organizations, including Gmach Shefa Chaim. Fishman said Altman collected about $109,300 in fees from his transactions with Dwek.

In addition to the prison term, Judge Linares sentenced Altman to two years of supervised release. In sentencing Altman, Linares said, "clearly he made a willful decision to engage in a criminal enterprise for quite some time."

Two of Altman's co-conspirators, Shimon Haber, 35, of Brooklyn, and Itzhak Friedlander, 43, of Jersey City, have also pleaded guilty. Haber pleaded guilty in January 2010, was sentenced by Judge Linares to five months in prison and five months of home confinement in May 2010.

Friedlander pleaded guilty in April 2010. His sentencing is scheduled for April 14, 2011.

Guarini's case is scheduled to go to trial in June
Posted by joe levin at 4:08 PM