Samuel Curtis Johnson, right in court with his lawyer, is worth $2.2billion. If found guilty of sexual assault he could spend up to 40 years in prison 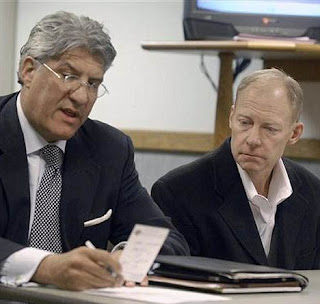 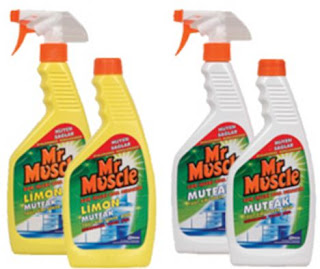 One of the billionaire heirs to the SC Johnson family fortune has been charged with sexual assault of 15-year-old girl.

Samuel Curtis Johnson, worth $2.2billion and part of the company which sells household products from Mr Muscle to Glade, could spend up to 40 years in prison and bring shame on his proud family’s fifth-generation business if found guilty.

The ‘Family Company’ heir, 55, who is married with three children, is alleged to have had inappropriate sexual contact up to 20 times with the 14-year-old girl.

She told investigators that Johnson exposed himself, fondled her under her clothes and kissed her breasts and private parts with the last alleged incident taking place in November 2010.

In Racine County Circuit Court on Thursday, Johnson was formally charged and given a $500,000 cash bond.

Ranked 595 in the Forbes Billionaire List, he must have no contact with the victim or with any girls unless in the presence of another adult, surrender his passport and cannot leave the state.

According to the complaint, she said through tears that Johnson had a ‘sex addiction’ and ‘touching problem’.

Prosecutors said the girl told her mother about the abuse, and she confronted Johnson.

He allegedly admitted to fondling the girl’s breasts and repeatedly apologised for his behaviour.

Johnson’s family spokesman Harlan Loeb said: ‘Obviously this is a personal matter.
‘Allegations of this nature are always deeply disturbing. The family is distraught and very much hopes for the best for everyone involved.

Johnson’s brother, Fisk Johnson, is the chairman and chief executive of SC Johnson, based in Racine, Wisconsin. Last year it made $8.75billion.

Company spokeswoman Kelly Semrau said Johnson had worked for the company as a general manager and in other roles in the 1980s and early 1990s but had no formal relationship with the company in almost 15 years.

Curtis Johnson, 55, is the former chairman of Diversey Inc, a cleaning-products company that was spun off from SC Johnson in the late 1990s

He resigned from Diversey’s board in February and was taking a leave of absence for personal reasons, the company said at the time.

Bosses refused to elaborate on the reasons for Johnson's departure or the potential length of the leave.

According to the company’s accounts, he earned $8.2million in 2010 through his salary and stock options, while the company had revenues of around $3.2billion

In an email to SC Johnson staff on Thursday, CEO Fisk Johnson said: ‘The nature of allegations of this type is always appalling. And our family is distraught. This is an ongoing investigation.

I fully respect the process and can only hope for the best for everyone involved.
‘Unfortunately, no family is immune from crises.

‘I love my brother and the news of these claims has been very devastating. I would very much appreciate your understanding as I do what I can to support Curt and his family.

Diversey spokesman John Matthews said Johnson had retired as of the end of March and that his leave of absence immediately removed him from any role with the company.
He was replaced by his sister.

Johnson is one of four children of Gene Johnson and the late Sam Johnson. Fisk Johnson heads SC Johnson and Helen Johnson-Leipold is the CEO of Johnson Outdoors and the chairman of Johnson Financial Group.

The company began when Samuel Curtis Johnson Sr purchased the parquet flooring business of Racine Hardware Company in 1886 and renamed it Johnson's Prepared Paste Wax Company.
Posted by joe levin at 6:14 AM

Email ThisBlogThis!Share to TwitterShare to FacebookShare to Pinterest
Labels: dailymail.co.uk